From April 20th there will be four online cinema events of the 2018 and 2019 editions of the TUC in streaming on MYMOVIESLIVE joining the #iorestoacasa campaign with over 3,000 “seats” available

The Torino Underground continues to collaborate with MYmovies which has supported the #iorestoacasa campaign, confirming its vocation “on the public’s side”. Specifically, four interesting films from the 2018 and 2019 editions of the Turin festival will be offered free streaming on MYMOVIESLIVE, with over 3,000 seats available on its Web Room.

The revival of Tuc, again at 10.00 pm, will start on April 20th with the Serbo-Croatian feature film “Wall of Death, and all that” (2016) by Mladen Kovacevic. It will be followed on Wednesday April 22 by the Spanish film “Letters to Paul Morrisey” (2018) by Armand Rovira and Saida Benzal. Saturday, April 25 will be the turn of the German-Austrian “The best of all worlds” (2017) by Adrian Goiginger; and Sunday, April 26 will conclude the short review the Danish “Needle boy” (2016) by Alexander Bak Sagmo.

“We are happy to continue our collaboration with MYmovies and honoured to be able to join, thanks to the MYMOVIESLIVE platform, the #iorestoacasa campaign through four films that I personally find exemplifying the indie film festival I direct. It is a way to tell our story and to let our audience remember the moments we lived together and shared live. In this way we manage to keep in touch with those who follow us and to transmit our being there and our love for the seventh art”, says the artistic director, Mauro Russo Rouge.

To watch streaming films promoted by MYMOVIESLIVE free of charge online, simply connect from your computer, tablet or device to www.mymovies.it/iorestoacasa/, select the films to watch and book your seat. The MYMOVIESLIVE platform faithfully simulates watching a film at the cinema, the seats allocated are limited and numbered and the streaming starts at a set time. You can see other viewers in the cinema, make friends and chat. 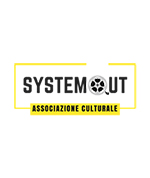 All trademarks displayed on this site belong to their respective owners.